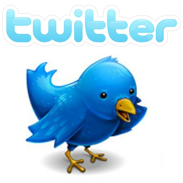 Although it started over three years ago, the Twitter phenomenon has gone into overdrive in 2009. Its importance in breaking news and reaching the areas that traditional news outlets simply can’t have been well documented and the current political situation in Iran is a perfect case in point. Even the US State Department has asked Twitter not to perform maintenance and thus risk blocking crucial tweets from emerging out of Iran. Meanwhile others have suggested that Twitter may be the most important thing to hit the net since Google.

However, are we getting a bit carried away with the reliability and effectiveness of what Twitter can do? Isn’t it a bit worrying when even the US State Department starts relying on Twitter to maybe formulate foreign policy? And the more popular it becomes, isn’t there a danger that an over reliance in it could be both politically dangerous for governments, embarrassing for news organizations and potentially taint how authentic tweets actually are as spammers, commercial organisations and governments join in.

We’ve already seen a study that has punctured the myth of exactly how popular Twitter is. Harvard University found that a paltry 10% of Twitter users generate over 90% of the content. When you see how much content high profile tweeters like Stephen Fry, Demi Moore and Ashton Kutcher create, this isn’t as hard to believe as it may at first sound. It also found that half of all users update their pages less than once every 74 days and that most people only ever tweet once during their lifetime. It’s clear then that relying on Twitter as some kind of “democratic miracle” is fraught with problems.

In the case of Iran however, there’s no doubt that Twitter has provided an invaluable outlet in a country where getting a true picture of events isn’t easy. During the 20 year commemoration of the Tienanmen Square massacre in China, Twitter also proved one of the few ways of people getting their voices heard despite authorities trying to block them. As a blogging man myself however, I’m prone to agree with bloggers such as Muhammad Saleem who point out that one of the “hidden” dangers of Twitter is the brevity of tweets. There’s no scope to write any detailed analysis or context in a microblog of just 140 characters.

Saleem also makes the salient point that with Twitter, there is a far greater danger of information overload. It can take a while just to filter the wheat from the chaff when you’re trying to filter hundreds of tweets, many of which are garbled in order to fit more words in. A search for #Iranelection provides the perfect example. In the time it takes you to scan the first five to ten Tweets, you’ll be told that there are already another 150-odd new messages matching your search. It is simply impossible for anyone to accurately stay on top of, let alone filter, such a vast weight of opinion.

There’s no doubt that there’s some valuable information being tweeted every day on Twitter. But there needs to be a much better way to filter genuine breaking news from inane tweets. And the more popular it becomes and the more organizations like the US State Department start taking an interest, the more skeptical you have to become.