Previously, Twitter for Android’s menus were placed at the top of your timeline with sections for your feed, @replies, discover, and your profile. That’s all gone in the new Twitter for Android beta. All of the navigational sections are located in a left hand column, similar to what Google has been doing with its mobile apps like Google Drive and Gmail. 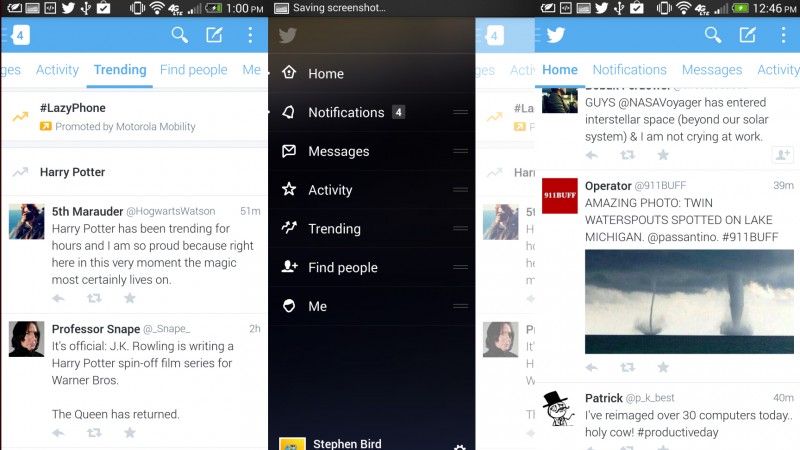 If you signed up to be a Twitter beta tester, you should be receiving the update today. Unfortunately, you cannot sign up to be a tester any more.