Twitter has released its latest government transparency report, which details the number of requests it receives from different countries for different reasons. The social network is also urging the United States Department of Justice to allow the company to disclose more specific information about government information requests. 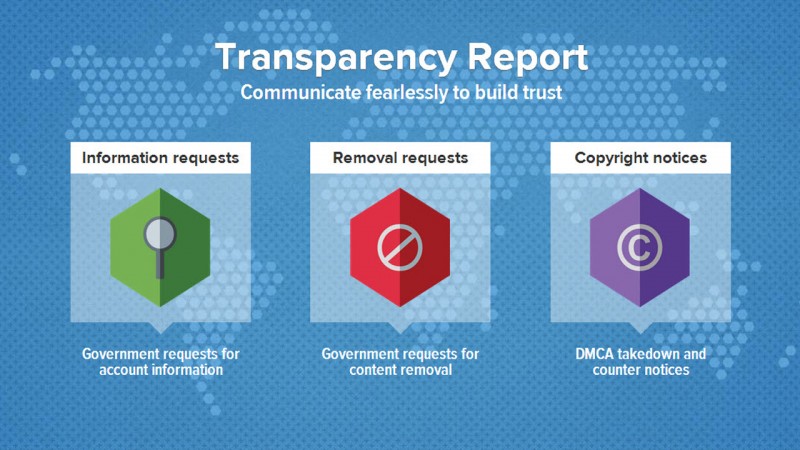 Last week, the DOJ reached an agreement to allow tech companies to disclose data about national security requests in vague ranges. Twitter argues by having such large ranges, the data is not actually useful for the public. “For the disclosure of national security requests to be meaningful to our users, it must be within a range that provides sufficient precision to be meaningful,” writes Jeremy Kessel manager of the Global Legal Policy at Twitter.

Twitter argues that the government is violating its First Amendment rights by now allowing it to divulge specific information that could allow for discussion about national security. “We are also considering legal options we may have to seek to defend our First Amendment rights,” says Kessel.

In Twitter’s government transparency report, we can see a sharp increase in the number of data requests, an increase of 66% over the last two years. The United States, unsurprisingly, submits the most requests to Twitter (59% in this latest report).

Twitter is joined by tech giants like Google, Yahoo!, and Microsoft in the fight for more transparency about government information requests.